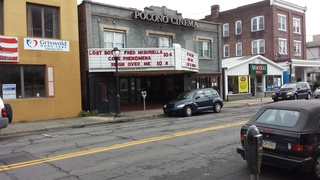 Retro ad for a reading of Arrangement in Black and White

Arrangement in Black and White

A novel about a marriage between a white woman, Margy, from Iowa and an African American civil rights lawyer, Everet, from Connecticut. Having met in Paris during the Freedom Summer of 1964, their lives take a tense turn years later when he decides to run for political office just as Margy moves forward in her own career as an artist.

"ARRANGEMENT IN BLACK AND WHITE explores the tensions in an interracial marriage between an African-American man and a white woman. Eloquently written and grippingly realistic, this story is a gritty portrait of modern American life which examines the complexities of relationships and the pitfalls of ambition."
--IndieReader 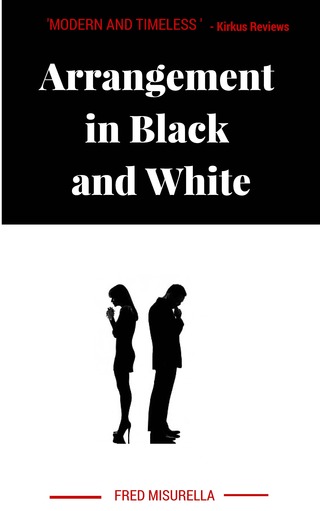 A story of interracial marriage that focuses on a complex relationship between people with vastly different backgrounds and priorities.

Misurella’s (Only Sons, 2012) latest novel tells the story of Margy Winters of Iowa, the fair-skinned, blonde daughter of neglectful, abusive parents. Her husband, Everet Hamilton, is a successful African-American civil rights attorney from Connecticut who’s considering running for public office. Margy’s home life is still fraught with turmoil, albeit in different ways than when she was a child. The issues between her and Everet run much deeper than race: He’s everything that she’s not, because he’s level-headed, stalwart and the product of a very involved mother. The couple’s biggest quarrels stem from his political aspirations and his lack of respect for Margy’s artistic career. However, while they often battle about these matters, they barely even discuss Margy’s repeated infidelity. As Everet’s career begins to take off, their disagreements grow increasingly volatile until they reach a near-catastrophic boiling point. Through a combination of fast-paced plotting, quick-witted dialogue and well-placed flashbacks, readers learn a great deal about the events and character traits that led Margy to her many poor decisions. Even so, Everet has flaws of his own, which he must address before their relationship has any chance of succeeding. The author adeptly weaves in complicating circumstances to keep readers frustrated but hopeful that the couple might work things out, against all odds. As Misurella unspools this engaging tale, he also examines some heavy issues, including gender equality, incest and sexual abuse. Along the way, he creates scenes that are so realistic that the book almost becomes an experience in voyeurism—yet readers will be unable to look away.

An emotionally challenging novel, rife with family issues that are both modern and timeless.

4 Stars in a GoodReads Review:

"In clear prose, Fred Misurella gives us a post modern novel of ambition, race, mental illness,and the search for self, while all the time capturing the complexities of love relationships in changing times."
--Gerry Lafemina