A spooky but beautiful view of Jamie's woods at night: 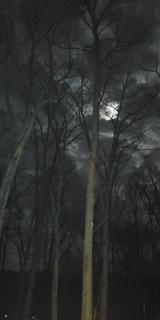 Excerpt of A Pontiac in the Woods published by Heavy Feather Review: Click here. 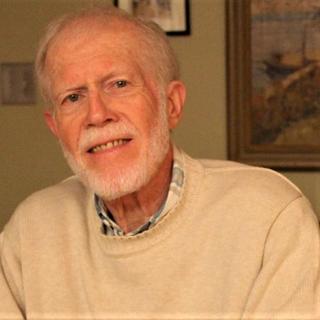 Interview on Be the Star You Are Radio: Click here. 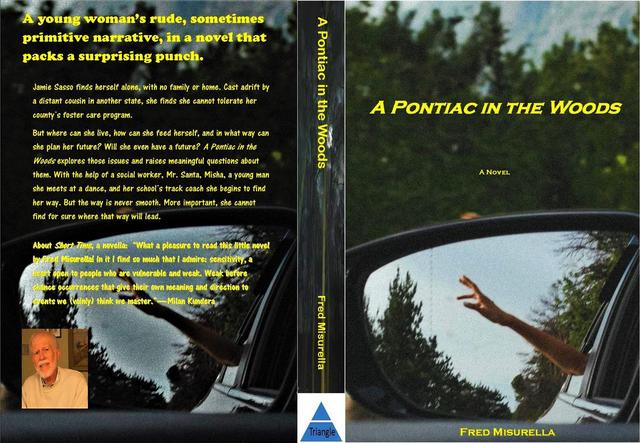 An Excerpt of A Pontiac in the Woods published in Entropy: Click here. 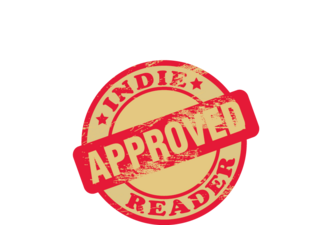 HERE IS A TERRIFIC INDIEREADER REVIEW (FIVE STARS!), FOLLOWED BY COMMENTS FROM KIRKUS AND SOME FELLOW WRITERS:

A PONTIAC IN THE WOODS is the tale of a teenage girl who lives in an abandoned car and struggles against the odds to make it on her own.

Jamie Sasso is a bright young girl with a gift for running track and not much else in her favor. She's a homeless teenager living in a 1960 Pontiac after her adoptive parents have both died and her experiences in foster homes have ended in disappointment. Dominic Santa, the social worker assigned to her case, personally disapproves of Jamie's choice to live in a car but supports her decision after clearing it with the authorities - on the condition that she continue to attend school and check in with him regularly. At first Jamie gets support from the community, but as time goes by, her fellow students start to bully her. Running with the boys' cross-country track team - there is no girls' team for her to join - is one of the few things that keeps her going, but things get more intense when some of the other students vandalize the old car in the woods that she calls home.

Fred Misurella's novel A PONTIAC IN THE WOODS is not a book meant to raise a voice against homelessness - who would be in favor of homelessness? - nor is it a novel meant to tug at readers' heartstrings and make one feel for the homeless. It is a book that makes the reader feel what it's like to be homeless and try to survive in the face of overwhelming odds. It forces readers to imagine themselves in the same predicament Jamie is in and dread what might come next, as well as grasp at any reason for hope. Misurella doesn't use any symbolic tropes to convey Jamie's condition, just stone cold reality of her situation. (The only real symbolism is the car itself, immobile and unusable for escape, and bearing a retired brand name.) The most astonishing aspect of A PONTIAC IN THE WOODS is how an adult male writer like Misurella perfectly conveys the perspective of a female teenager. Not since Charles Portis has a novelist been able to bring to life such a complex character of the opposite sex so vividly, with such unvarnished emotion and detail. And Misurella does it with Jamie as the narrator of her own story.

The characters in Jamie's tale of struggle are just as compelling, along with the associations they share. Mr. Santa - Jamie's social worker - is at times a stern guardian and at times a gentle soul who lets her stay with him and his adopted son Jake when she needs emotional support, while Craig Span, the high school track coach, is both supportive toward her running ability and misogynistic toward her tomboyish nature. Ciara, a dancer/waitress at a local Lebanese restaurant, is a sympathetic voice who advises Jamie like a big sister. The most fascinating character in A PONTIAC IN THE WOODS after Jamie, though, is Misha, the adopted son of an intellectual couple who takes an interest in her and becomes her best friend. Through Misha, Jamie learns about music and art, and she finds herself drawn to him, possibly from a romantic standpoint. Soon they start dancing together an enter local competitions. But just when you think you know where their relationship is going, Misurella throws some twists and turns into Jamie's story you don't see coming.

A PONTIAC IN THE WOODS has a surprise ending that satisfies readers but leaves the story open, leaving them wondering if Jamie is going to make it. From beginning to end, though, this novel expertly shares the struggle Jamie endures and makes it the readers' own.

IndieReader Verdict: Beautifully and empathically written, A PONTIAC IN THE WOODS is a brutal and brutally honest tale of Jamie Sasso, a teenage girl who lives in an abandoned car and struggles against the odds to make it on her own. The characters are fascinating, the reality of Jamie's situation is starkly depicted, and Fred Misurella deserves a call from Hollywood for the movie rights. (*****)

"Misurella manages to paint a portrait of teen homelessness that likely won't be what readers expect, featuring a girl who's very much a presence in a community, although very few of its members bother to help her out: "As Misha would tell me later, I just looked unattached, maybe a little wild, as if I didn't belong anywhere, or didn't want to, certainly not with upscale suburban high school kids from streets that used to be fields of corn." Jamie's story combines many of the everyday anxieties and experiences of growing up with others that are specific to her situation, and Misurella manages to find a compelling tale in the tension between the two.

A rich … study of a troubled teen's life on the margins." –Kirkus Reviews

"Misurella excels at keeping the story both timeless and topical."

"Fred Misurella's A PONTIAC IN THE WOODS is a compelling and deeply moving coming-of-age novel that explores the trauma of adolescent homelessness, interrogates ideas of home and identity, and highlights how both are integral to our sense of belonging and community. A raw and unapologetic portrayal of a life lived on the margins of society."

"Misurella creates a captivating world in this sensitive, big-hearted novel. Protagonist Jamie Sasso harnesses 'the secret bravery of the loners [who find] in solitude a happier way of life than a crowd of people.' Through the novel's embrace of solitude, and Jamie's fierce independence, its readers find unexpected connections in a world that at first seems fraught with cruelty and misfortune. A PONTIAC IN THE WOODS is an important reminder that in the face of adversity, it only takes a little kindness to kindle the resiliency of hope."

—Jefferson Navicky, author of The Book of Transparencies and The Paper Coast.

Abandoned, abused, and living in a rusting old Pontiac, teenage Jamie struggles to find purpose and connection in a world of men who want only to take from her. In A PONTIAC IN THE WOODS, Misurella carefully crafts a story of love and loss, desire and abuse, and personal growth. A book that is as compelling as it is heartbreaking, A PONTIAC IN THE WOODS feels authentic, as if we've known Jamie all our lives, but only now are we hearing her story and we're better for it."

—Duncan B. Barlow, author of A Dog Between Us and The City, Awake.